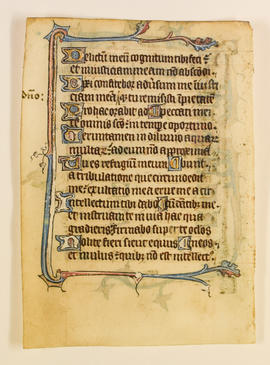 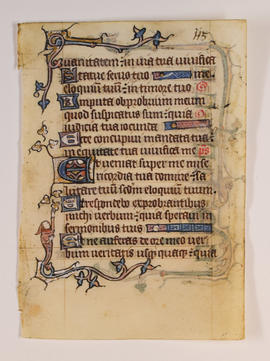 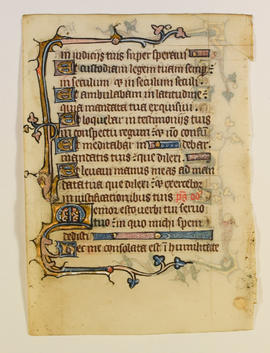 File contains two leaves from an illuminated psalter that feature illuminated initials and line fillers in red, blue, and burnished gold. The leaves also feature three-quarter borders on both sides depicting long tendrils terminating in trefoils and containing marginal illustrations of humans/hybrid creatures and a bird. A psalter is a book containing the Book of Psalms and often other devotional texts such as a liturgical calendar, Litany of Saints, and Office of the Dead.