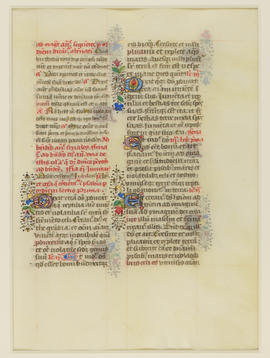 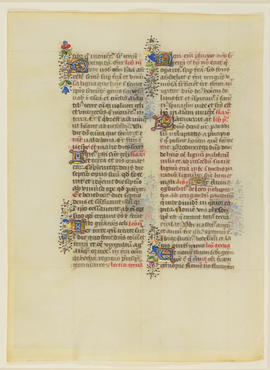 Item is a leaf from a French breviary containing verses 1:20 to 2:12 of the Book of Genesis, including the Creation of Man. The leaf features illuminated initials with floral designs and rinceaux in bright colours and burnished gold.

A breviary is a liturgical book used by the clergy to celebrate the Divine Office (also known as the Liturgy of the Hours), and contains readings, hymns, psalms, and prayers.