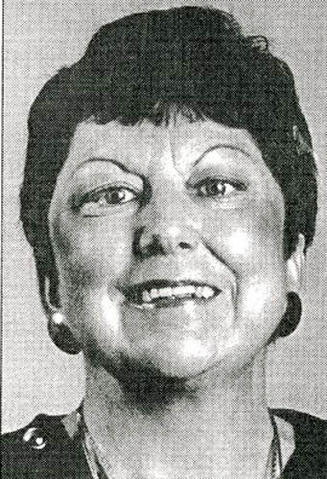 Donna Hinde (nee Hehr) was a nursing instructor and administrator at Mount Royal College from 1974 to 1995. Hinde was the daughter of Martha and William Hehr and grew up on a farm outside of Crossfield, Alberta. Hinde trained as a nurse at the Calgary General Hospital and graduated in 1967. After graduation, she worked as an operating room nurse and began her teaching career at the General Hospital's Nursing School, which she taught at until the school shut down in 1974. Hinde joined Mount Royal College as a nursing instructor and administrator in 1974 and taught until her death from cancer in 1995.
In addition to her nursing diploma from the Calgary General Hospital Nursing School, Hinde earned a Bachelor of Science in Nursing from the University of Alberta in 1970, and two master's degrees in Education in 1980 and Science in 1984, both from the University of Calgary. Hinde was active in several nursing organizations, serving as the chairwoman of the Nursing and Allied Health Department and as a member of the board of the Alzheimer's Society of Calgary. Hinde is also recognized for her commitment and contributions to the field of gerontology, and Mount Royal University continues to offer the Donna B. Hinde Memorial Scholarship in Gerontology to honour her contributions to the university and the nursing program.

Fonds illustrates Hinde's career as a nurse and faculty member at Mount Royal College. Fonds consists of Hinde's diplomas and degrees in nursing and teaching, awards recognizing her excellence in teaching and her contribution to nursing care in Calgary, a newspaper article, eulogy, and memorial service program.

The image linked to this description is a photograph of Donna Hinde from file 0031-19.