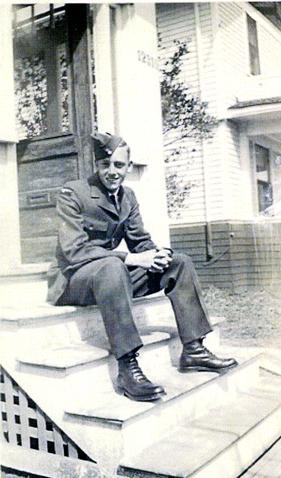 Douglass Smith Kirkwood was a Warrant Officer 2nd Class in the Royal Canadian Air Force and a former Mount Royal College student. Kirkwood was the only son of William and Catherine Kirkwood and was born in Calgary, Alberta. He attended Mount Royal College from 1930-1936 and continued his education in Edmonton, Alberta by attending the University of Alberta from 1937-1942, earning a Bachelor of Science in Geology. Kirkwood enlisted in the Royal Canadian Air Force on April 28, 1942. Kirkwood was part of the seven man crew for a Avro Lancaster LL960 HW-D which was part of 100 Squadron, stationed at Royal Air Force Station Grimsby in County Lincolnshire, England. On May 21, 1944 Kirkwood's Lancaster bomber was deployed on a mission over Duisburg, Germany where it was shot down. Douglass Smith Kirkwood is buried at the Reichswald Forest War Cemetery in Kleve, Germany.