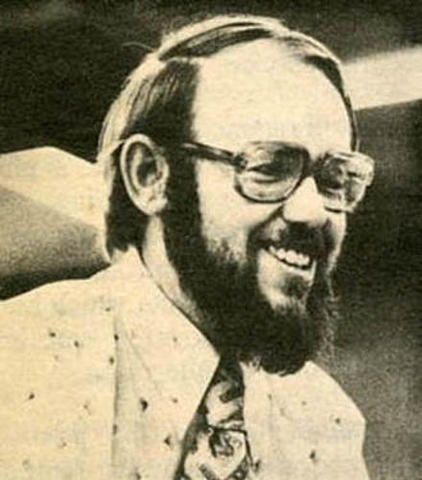 Alan Dyment was the Director of the Learning Resource Centre, and an administrator at Mount Royal College for twenty seven years. Dyment received a Master's degree from the University of Wales, and worked as a librarian at Centennial College in Toronto before moving to Calgary in 1973 to accept the position of Director of the Learning Resource Centre. During Dyment’s directorship, the Learning Resource Centre adopted an service model known as ‘resource islands,' where most faculty members were centrally located in the library near the teaching materials related to their disciplines. The model was designed to facilitate self-paced learning and became very popular with student, faculty, and staff. Dyment was also active in the library community outside of Mount Royal College, serving as chairman for the Alberta Council of College Librarians in 1976-1979, and as chairmen of the Community and Technical College Libraries section of the Canadian Association of College and University Libraries in 1982-1983.

Dyment was closely involved with the administration of Mount Royal College. He was a member of the Vice-President’s Advisory Group, which consisted of all Deans/Directors that reported to the Vice-President, and he was active on several committees and task forces including: the Planning Committee, the MRSSA Exempt Professional Development Committee, and the Organizational Review Committee. While serving as one of three members of the Organizational Review Committee, Dyment played a significant role in a major administrative reorganization of the college that took place in the early 1980s under the leadership of President Donald Baker. The committee solicited faculty member opinions, made recommendations, and authored reports that influenced the restructuring that laid the groundwork for the college's expansion.

In 1982 Dyment resigned as Director of the Learning Resource Centre to become the Director of Academic Services. He was replaced as head librarian by Elaine Boychuck. Dyment served in other administration roles in the 1990s including Assistant Vice-President, Academic and Dean of Academic Services, and Vice-President, Student and Academic Services. Dyment retired in 2000 and his service was recognized by Mount Royal College through the establishment of the Alan Dyment Bursary which is available to full and part-time students with a disability in their third or fourth year of study.

Fonds reflects Dyment's career as the Director of the Learning Resource Centre, Dean of Academic Services, and his roles on various committees and advisory groups within the Division of Academic Affairs. The fonds in arranged in seven series: Learning Resource Centre, Academic Council and Board of Governors, Faculty and staff, Division of Academic Affairs, College planning and development, Program development and maintenance, and Recruitment, admission, and convocation. Fonds contains, correspondence, memorandums, reports, proposals, organizational charts, minutes, and newsletters.

The photograph linked to this description is a photograph of Alan Dyment from the newspaper article: Bistritz, Vicki. "Security Stops 'Five Finger Discount'. Photograph. Journal 3009. January 27, 1978.