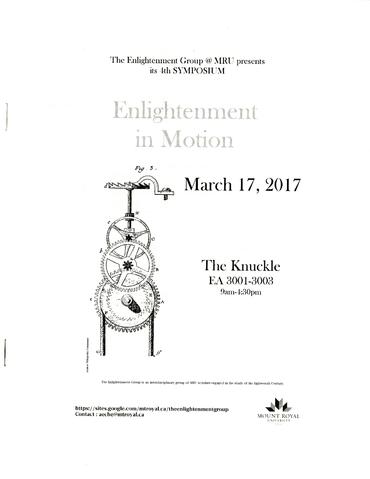 Antoine Eche is an Associate Professor of French at Mount Royal University.

His research interests include travel writing from the Ancien Régime. At Mount Royal University, Eche is a member of the Enlightenment Group, an interdisciplinary group of faculty that have hosted colloquia and symposia on the 18th century.

Fonds consists of programs and posters for symposiums and lectures held at Mount Royal University presented by the Department of English, Languages & Cultures and the Enlightenment Group, an interdisciplinary group of MRU faculty with scholarly interests in the eighteenth century.