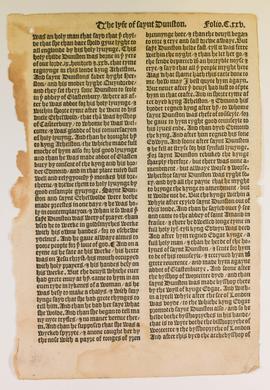 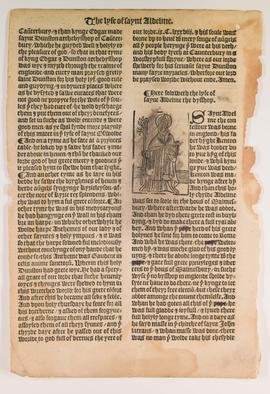 Item is folio 125, the recto titled "The lyfe of Saynt Dunston" (The life of Saint Dunstan), the verso titled "The lyfe of Saint Aldelme" (The life of Saint Aldhelm) and featuring a woodcut illustration of Aldhelm in bishop's robes with a mitre, crozier, and book. The woodcut appears to have been deliberately obscured with ink, now faded, and the text has been expurgated with the word "pope" crossed out 4 times on the verso.