File contains correspondence between Patterson and committee members regarding the design and pricing of a new student medal. The award was commissioned by the Legacy Committee under the Centennial Committee and was patterned after the Birks Medal, which was Mount Royal’s highest award for student academic achievement from 1935 to 1985.

Item is a stamped tool card booklet from a communications workshop on journalism, professional writing. public relations, and technical writing.

Item is a collection of reproduced reports, financial policies and statements, and summaries of work completed by the Department of Speech and Drama.

File contains a course outline for the ENGL 3330: Restoration and Early Eighteenth Century. 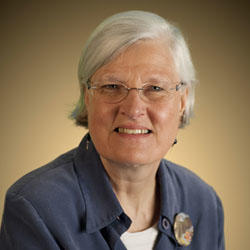 Fonds reflects Patterson's career as an English professor at Mount Royal University and as a chronicler of the University's history. Fonds contains English course outlines, programs for Conservatory and theatre performances, research on the history of the Conservatory and theatre, presentation notes and photos, meeting minutes, and correspondence.

History of the Theatre program

File contains printed email correspondence between Patterson and Douglas Rathburn, Associate Professor of Theatre, about the history of the Theatre Department and Shakespeare in the Park.

File consists of records relating to Patterson's participation on the Legacy Sub-Committee, a division of the Centennial Committee. File contains agendas, minutes, and notes for the Architectural History project and Centennial Book project.

File contains a report about Leonard Leacock's career as a composer, and digital copies of photographs held by the Whyte Museum of the Canadian Rockies, together with information on their use and reproduction.

File contains a proposal to the Alberta Government regarding the new Mount Royal University Library, a memo, a draft image of the proposed library building, notes, and records relating to Paterson's participation on the Library Advisory Standing Committee including a library annual report and two bound copies of a report by the Library Transition Task Force.

File contains programs for musical concerts from the Calgary Organ Festival and Symposium, the Calgary Society of Organists, the University of Calgary Department of Music Concert Series, and the Mount Royal College Conservatory.

File contains a list of music awards and the name of the associated trophy.

Item is a 90th anniversary of Mount Royal College card with an inscription from Shalini Kapur and Jerre Paquette thanking Patterson for taking them to the 2001 Calgary Stampede Parade.

Item is a Conservatory organizational chart and list of programs.

File contains programs for productions by the Mount Royal Department of Theatre and Speech, and a history of the Young Shakespeare Company.

Where is silly mid wicket? The poetry of cricket

Item is a flyer advertising a talk given by Patterson and Robyn Starkey as part of the "What's your Passion" series hosted by the MRFA Professional Development Committee.